Usually, weed plants are distinctly male or female. This can be understood by watching whether a plant produces pollen sacks or pistils and sprouts buds. However, sometimes, a plant contains both male and female organs. Such rare plants are known as hermaphrodite weed plants. If you are willing to know more about hermaphrodites, you have come to the right place. We have given a complete guide about hermaphrodites in this post. So, without further delay, let’s continue reading below.

What is a hermaphrodite weed plant? 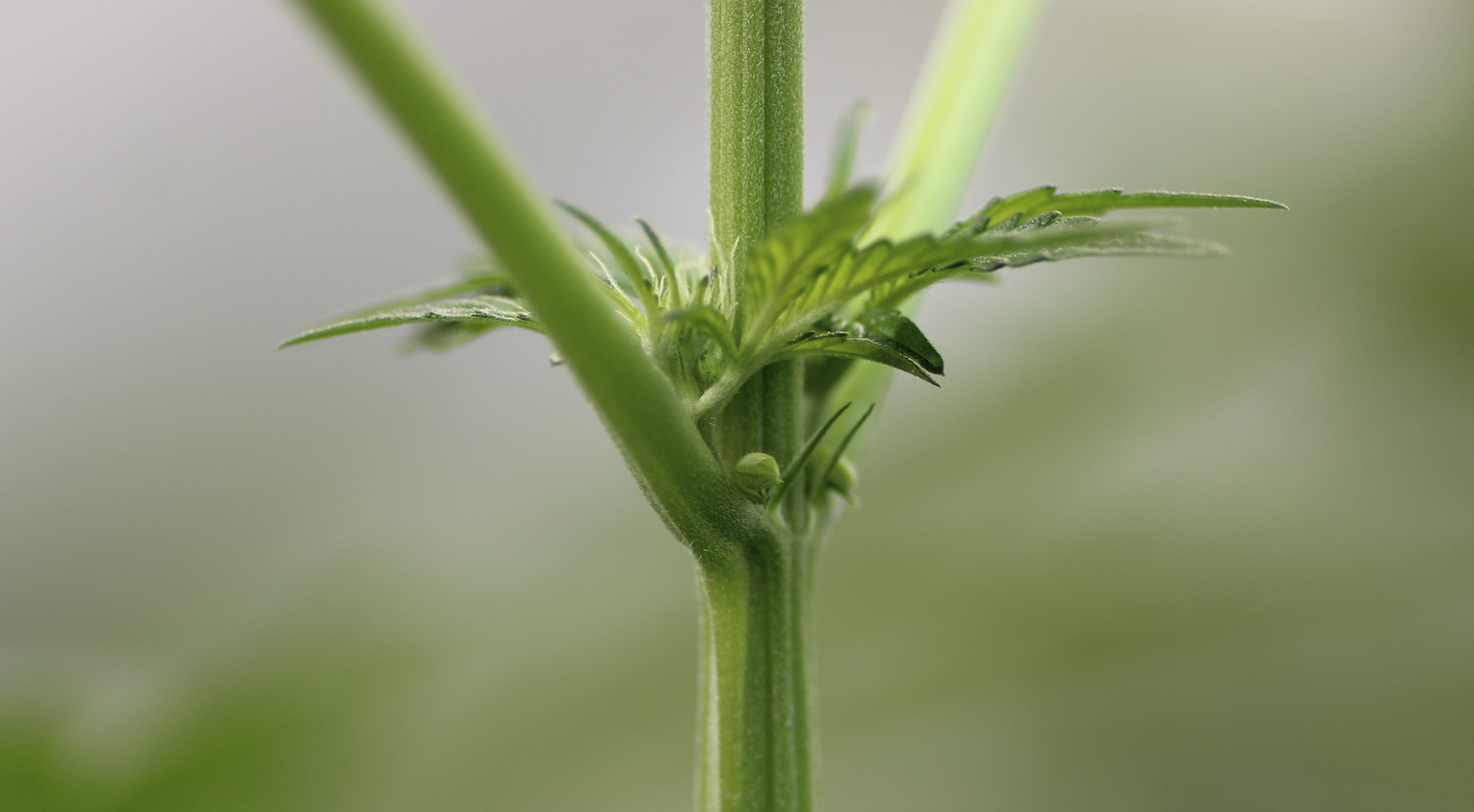 Like we already mentioned, a plant containing both female and male organs is called a hermaphrodite plant. These plants produce pollen sacks and flowers and seeds at the same time. This affects the overall effect and use of the weed plant.

This is a natural phenomenon, which rarely occurs but is extremely undesired, especially if the cannabis plant is being grown for consumption. This is so because the overall quality and quantity of the finished product get affected if you process a hermaphroditic plant for consumption.

This phenomenon occurs due to several reasons which can be classified under two major categories: genetic and environmental. We have discussed the reasons leading to hermaphroditism in detail below.

What Causes a Hermaphrodite Weed Plant?

As we said, hermaphroditism can occur due to several reasons. Let’s go through them individually.

Some seeds genetically have a high percentage of hermaphroditic traits in them. Hence, they tend to grow both male and female organs in them. These traits are highly inheritable, meaning that the offspring of these plants would also be a hermaphroditic one.

If you are willing to find out whether your plant has hermaphroditic traits, you ought to watch it carefully. If you notice any positive sign indicating hermaphroditism, you must uproot the plant, to prevent nearby saplings from getting fertilised accidentally.

Besides genetics, ecological stress and other environmental factors can also cause Hermaphroditism. Genes are also responsible here, to some extent.

You must know that weed plants are extremely sensitive. When a female weed plant senses some kind of threat in its surrounding during the flowering stage, it activates its defence mechanism.

To protect itself, it starts to produce pollen emitting stamens, besides producing flowers. The female plant does this to reduce the duration of its flowering stage, and to increase the chances of its genes to pass through seeds.

Now, you must be willing to know what the stress-increasing factors are. We have also enlisted some of them below.

Any sudden change or alteration in the light and dark period of cannabis plants can be the source of stress, activating the plant’s defence mechanism.

If the temperature has been too high for consecutive days, even higher than 27° C, chances are that it might result in hermaphroditism.

Any conditions that could lead to structural damage to plants can cause stress as well. The plant reacts as soon as it detects a possibility of harm to its structure, i.e., stems, roots, etc.

Cannabis plants are also affected by physical stress. Such stress includes sudden pruning, especially during its flowering stage. These weed plants become extra sensitive during the flowering stage and any abrupt activity or incident can kick in its defence mechanism.

Infestation of mites, insects, or other pests also increases pressure in the plants, persuading them to act. Hence, during the flowering stage, owners must make sure the surrounding environment and soil are healthy.

Nutrient overdose can create pressure and result in extreme trauma for the plant. For instance, the addition of excessive phosphorus or potassium would lead to instability.

Don’t add excess pesticides to the cannabis plants. Balance is important. Frequent use of growth regulators can also disturb their equilibrium, causing them to react.

You mustn’t miss the time of the harvest window. So, watch your plant closely. If the harvest is delayed, it might cause stress, affecting the plant.

Just like excessive pesticides and nutrients are harmful to sensitive cannabis plants, excessive water too is not good for its growth. Prolonged lack of irrigation is another factor that might cause hydric stress to the plant.

How to avoid the formation of hermaphrodite marijuana plants?

So, as you can see, hermaphroditism is mainly caused by genetic and environmental stress, we should keep such plants in proper condition, away from stress. Keep a close eye on your cannabis plant to reduce the risk as much as possible. Make sure to prune or stake the plant during its growth period or pre-flowering period. It’s advised to not touch cannabis plants once buds start to develop.

Besides monitoring the plant’s growth, make sure to keep its surroundings clean. You can also take care of the following:

When it comes to shortlisting the marijuana strains that you would love to grow in the next period, carefully check if any grower has anything to say about the chosen strain. While getting the seeds of the plant, you can also ask for advice from the seed bank. They would know better whether the strain you have chosen has hermaphroditic tendencies in its gene pool. Sometimes, when people come to know about hermaphroditism in particular strains and find the information as true, the breeder herself/ himself steps back from selling.

The common cannabis plants which are grown and nurtured in seed banks are known for having zeroed or negligible hermaphroditic tendencies. However, this doesn’t mean that you shouldn’t examine the plant you decide to buy. Seed banks that ship to USA or are imported by other foreign countries are thoroughly checked and examined. Being a buyer, you must know everything about the plant you are buying.

How to know if the cannabis plant has undergone hermaphroditism?

To begin with, a buyer must be aware of how a male and female cannabis plant looks like. Only then would he/ she be able to identify if the cannabis plant is hermaphroditic.

Usually, hermaphroditic plants too resemble normal male or female weed plants. But, they are mostly smaller in size. The rare conditions which cause a cannabis strain to adapt itself to hermaphroditic strains affect its growth, thus resulting in the short height of such plants.

Check the pollen sacks of your cannabis plant. Note that hermaphrodite weed plants have modified pollen sacks. The pollen sacks in such plants are elongated and have a yellowish colour. Hence, they are often referred to as bananas.

While a cannabis plant is still growing and you notice banana-shaped pollen sacks on a female weed plant, you must take it as an early sign of a hermaphroditic plant because these are formed a long time before the production of pistils take place.

Also, when the flowering stage comes, a hermaphroditic plant would yield flowers full of seeds, not only inside but also outside of the bud. This sign occurs much later when the plant is ready to be harvested but is easier to notice. So, if you didn’t notice early signs of hermaphroditism in your plant, continue looking for signs even in later stages too.

How can you use a hermaphroditic weed plant?

Though not fit for consumption, a hermaphrodite weed plant has other uses, some of which we have enlisted below.

The flowers of a hermaphrodite plant can be used for smoking. It makes anyone feel high and relaxed.

However, if you aren’t interested in smoking and instead want to save the plant that has already transformed into a hermaphrodite, all you can do is remove any pollen sack or buds that display make traits.

Hermaphrodite plants are rare and an unspoken part of the cannabis family. Growers and breeders try their best to reduce the chances of hermaphroditism. But, sometimes, even after strict scrutiny, this natural transformation becomes successful. We hope the information we provided above would help you understand the signs of a hermaphroditic plant. As soon as you identify it, you must uproot it to prevent other nearby cannabis plants from hermaphroditism.

No, hermaphrodite plants aren’t preferred by breeders because one Hermie plant can turn the other plants, reducing their yield and quality.

Yes, it might happen because to date there are 11 cases of pregnancy in true hermaphrodites.